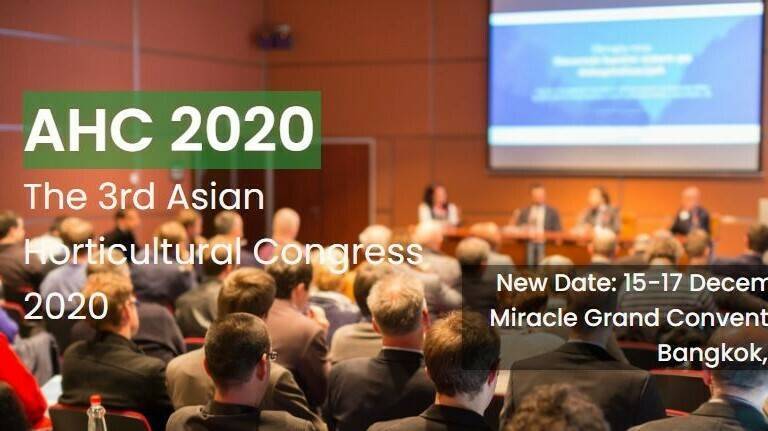 AHC 2020 will be a platform aimed at sharing recent research and development findings and innovation in various fields of horticulture and creating a network of technical cooperation among Asian horticulturists and relevant parties which will be included in a two-day scientific program.

The Asian Horticultural Congress or AHC was initiated by the Horticultural Societies of 3 countries: the People’s Republic of China, the Republic of Korea, and Japan. Consultations were held in mid 2007 to seek avenues of cooperation and exchanges of knowledge on research and development connected with horticulture at the regional level through quadrennial conferences.